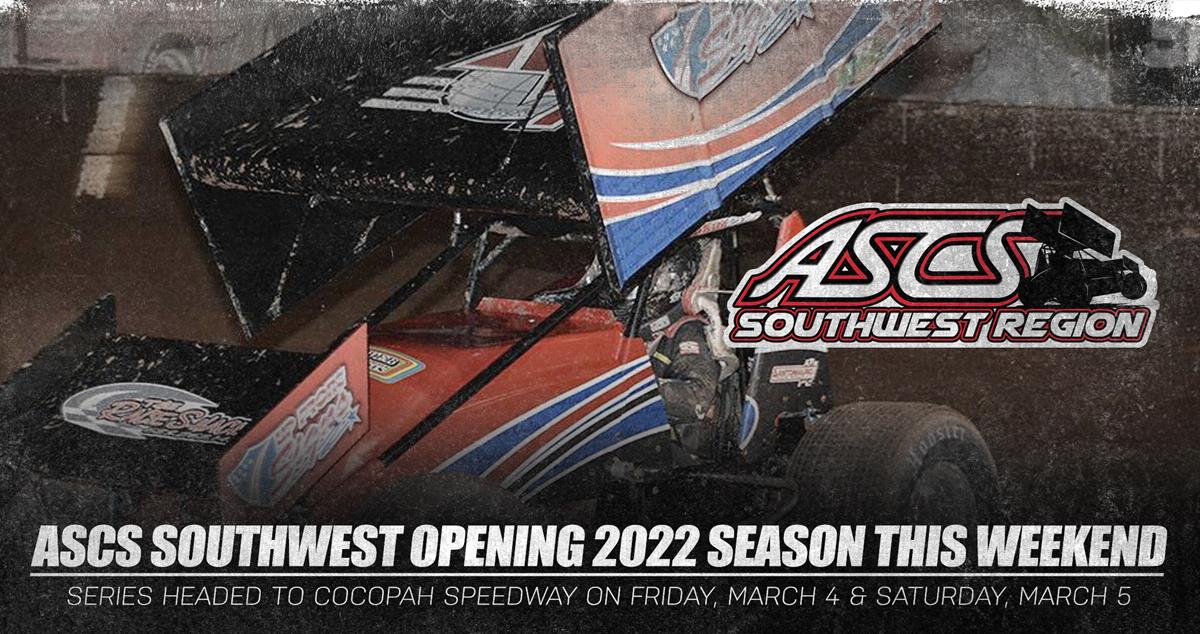 Bryan Hulbert – SOMERTON, Ariz. (February 28, 2022) Lifting the lid on the 2022 season this Friday, March 4, and Saturday, March 5, the ASCS Southwest Region will invade Cocopah Speedway. Presented by Yuma Lumber, the two-night affair kicks off the 15th season of competition for the Arizona-based tour.

In the tour’s last visit to the three-eighths-mile oval in November, Sam Hafertepe, Jr. swept the weekend in the Hills Racing No. 15h.

Looking to this Friday and Saturday, both nights will include IMCA Sport Mods and Sport Compacts. Mini Dwarfs will join the program on Saturday. Pits open at 3:00 P.M. and Grandstands at 5:00 P.M. Racing gets underway at 7:00 P.M. (MT). Tickets are $20 per day for adults, Senior/Military are $18, and Kids 11 and Under) are free. Pit Passes are $35.

Those not able to attend can see this weekend’s races live on https://www.speedsport.tv.