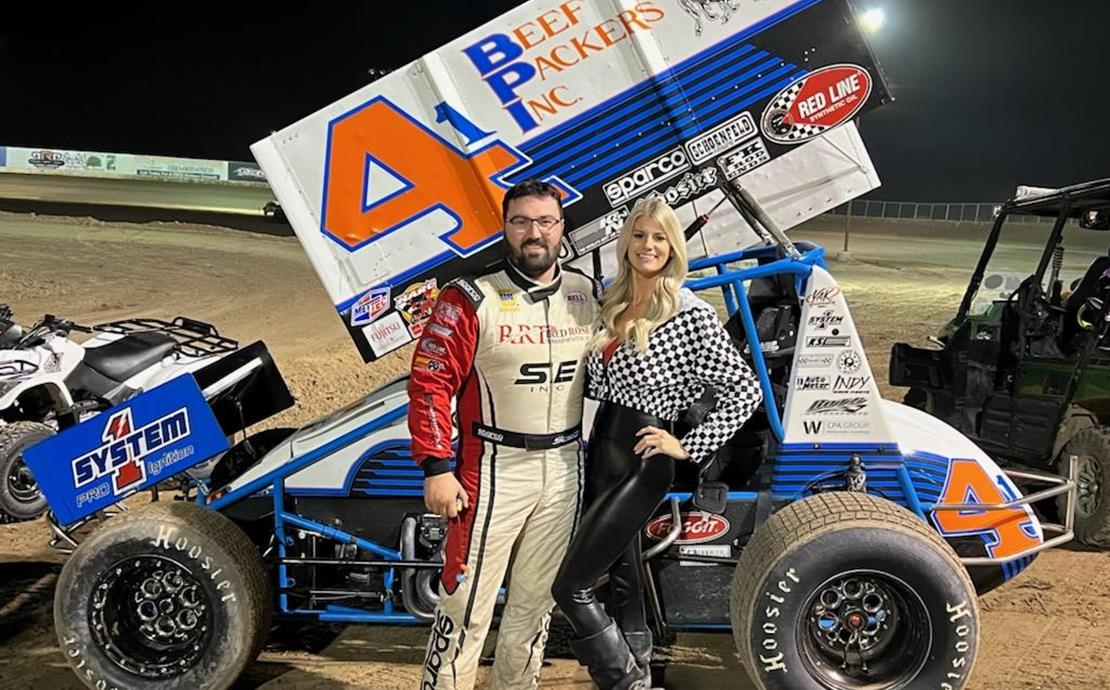 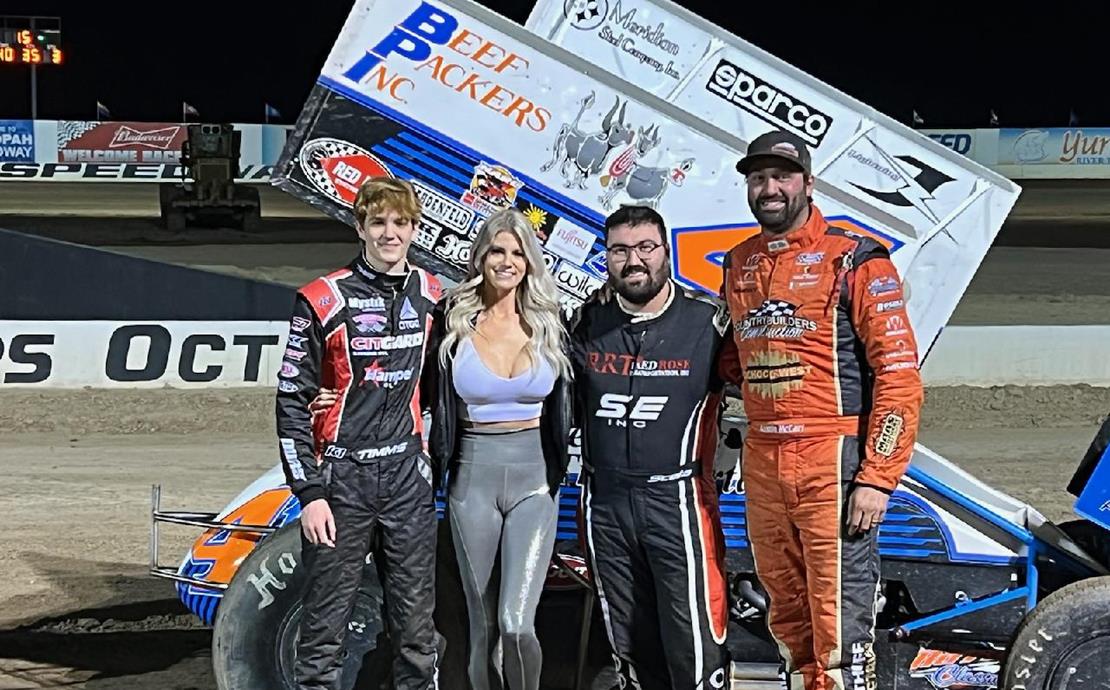 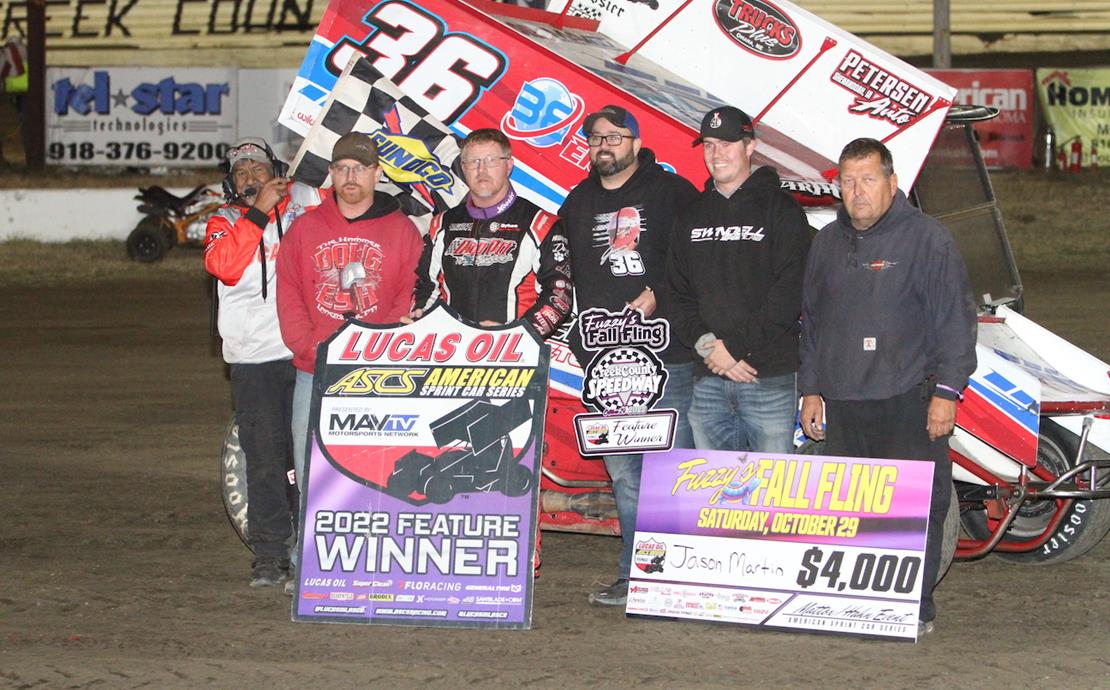 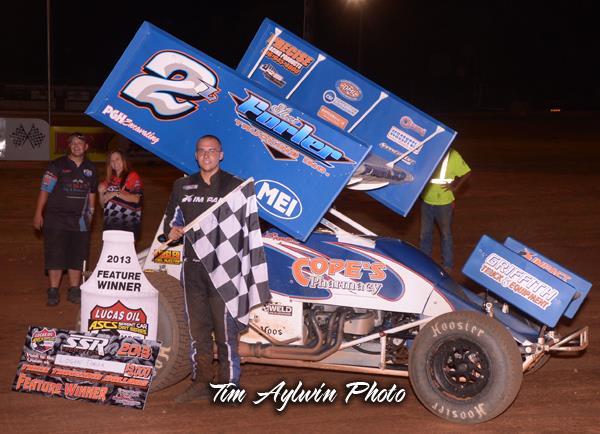 His second career victory with the Lucas Oil ASCS presented by MAVTV American Real, Forler became the ninth winner of the season advancing past Jason Johnson on Lap 12 by using slower traffic as a way to block the MVT No. 41 from returning in kind.

“We got into lapped traffic and that was my only way to get by Jason [Johnson] because Jason was rolling pretty good. Well, Jason’s always rolling pretty good” said a tired, albeit excited Logan Forler. “It’s an honor to pass that No. 41 car for the lead. Salina last year about this time he passed me for the lead with about five to go. I’ve learned a lot from Jason, and that was one thing I learned right there, and it worked.”

The top groove of the Ark-La-Tex Speedway proved to be the fast way around as Johnson topped the track from his pole starting position within the first two corners. Crossing the line second, Johnson was chased by sixth starting Jeff Swindell.

“That’s part of racing when you’re leading a race and not sure where to go” said Johnson of Forler’s pass for the win. “One thing about running second is when you get to lapped cars, when the leader goes one way, you go the other.”

Swindell’s third podium finish in as many days has given the H&H No. 94 a boost back into the top five, from seventh, is series standings. “These guys deserve it” speaking of the Hammers family and crew who back the No. 94. “You know they’ve been great guys to work with, they’ve been great to us and they understand the trials and tribulations you go through to get a fairly new team back together.”

The top five rounded out with Channin Tankersley and Tony Bruce, Jr.

Seth Bergman was sixth followed by Dustin Morgan who picked up his sixth top ten finish of the season with Brad Loyet coming from thirteenth to eighth. Blake Hahn posted his first top ten performance of 2013 with the Lucas Oil ASCS presented by MAVTV American Real followed by Zach Pringle to complete the top ten.

Heat Races on the night numbered three with Johnny Herrera taking Wesmar Heat one. Herrera would unfortunately have to forfeit his fourth starting spot in the night’s feature as the engine had to be replaced before the A-Feature. Seth Bergman grabbed BMRS Heat to with Jeff Swindell taking Rod End Supply Heat three.

Johnny Herrera was the FSR Radiator High Point Driver of the Night. Morgan Montgomery advanced from twenty-first to fourteenth to claim the PitStopUSA.com Hard Charger of the Night.

Additional information regarding the American Sprint Car Series is available at www.ascsracing.com as well as Twitter (@LucasOilASCS) and Facebook. News and information can also be sent to you with the ASCS E-News by texting ASCS to 22828 with any mobile device 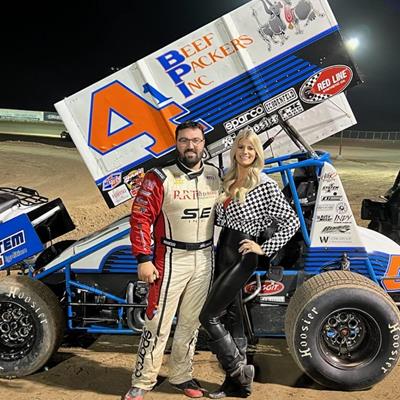 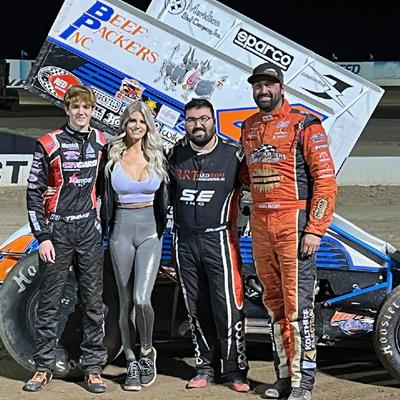 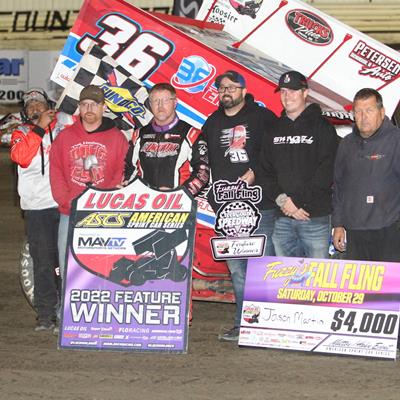 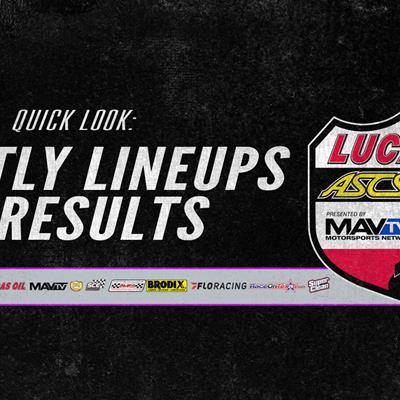