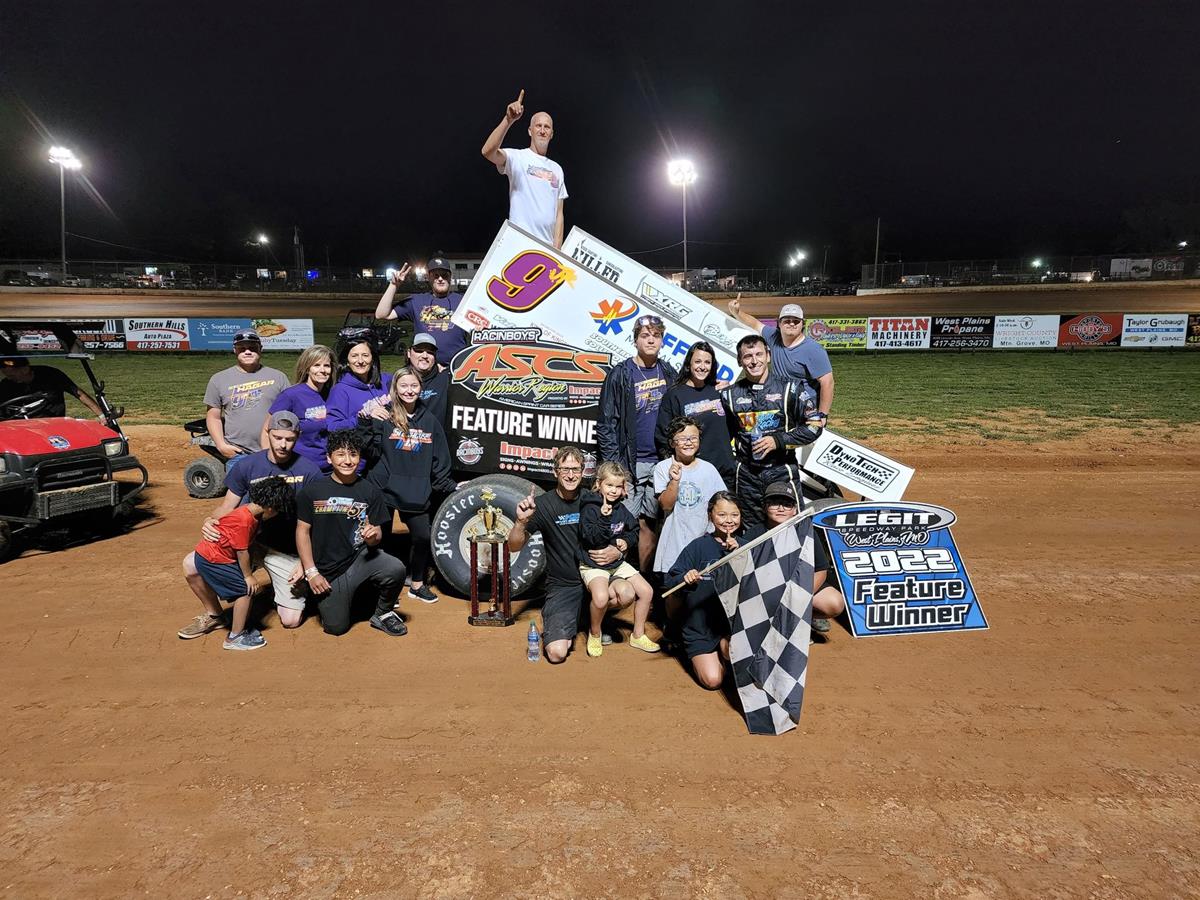 Bryan Hulbert – WEST PLAINS, Mo. (June 4, 2022) Chasing every lap but the last one on Saturday night, Derek Hagar made the race-winning pass at Legit Speedway Park through the final two turns to top the ASCS Mid-South and Warrior Region.

Landon Crawley crossed second with his father, Tim Crawley, in third. Kyle Bellm in fourth was followed by Miles Paulus to complete the top five.

The ASCS Mid-South Region is back on track at Crowleys Ridge Raceway in Paragould, Ark. on Friday, June 10. The ASCS Warrior Region presented by Impact Signs, Awnings, and Wraps races next with the Lucas Oil American Sprint Car Series presented by the MAVTV Motorsports Network on I-70 Speedway in Odessa, Mo. on June 24 and June 25.