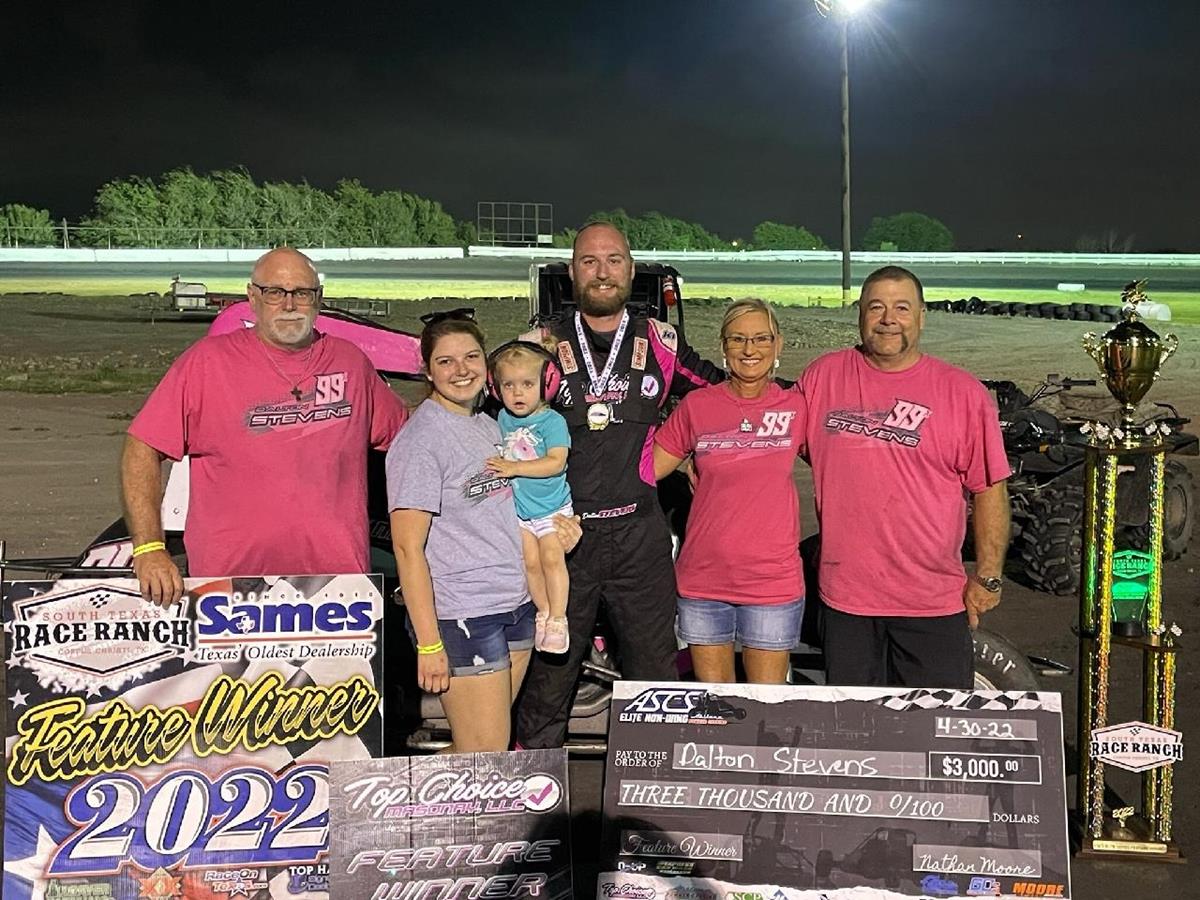 The third time in his career that Stevens has parked it with the ASCS Elite Non-Wing Series, the No. 99x worked top shelf from fifth to lead 17 of the night’s scheduled 20 revolutions. Unchallenged on the race’s lone caution on Lap 5, Stevens paced to over a straightaway advantage at the drop of the checkered flag.

The ASCS Elite Non-Wing Series presented by Abilene Powder Coating races next at Rocket Raceway Park in Petty, Texas on Saturday, May 7.

Fans not able to attend can see the events live on http://www.raceontexas.com.