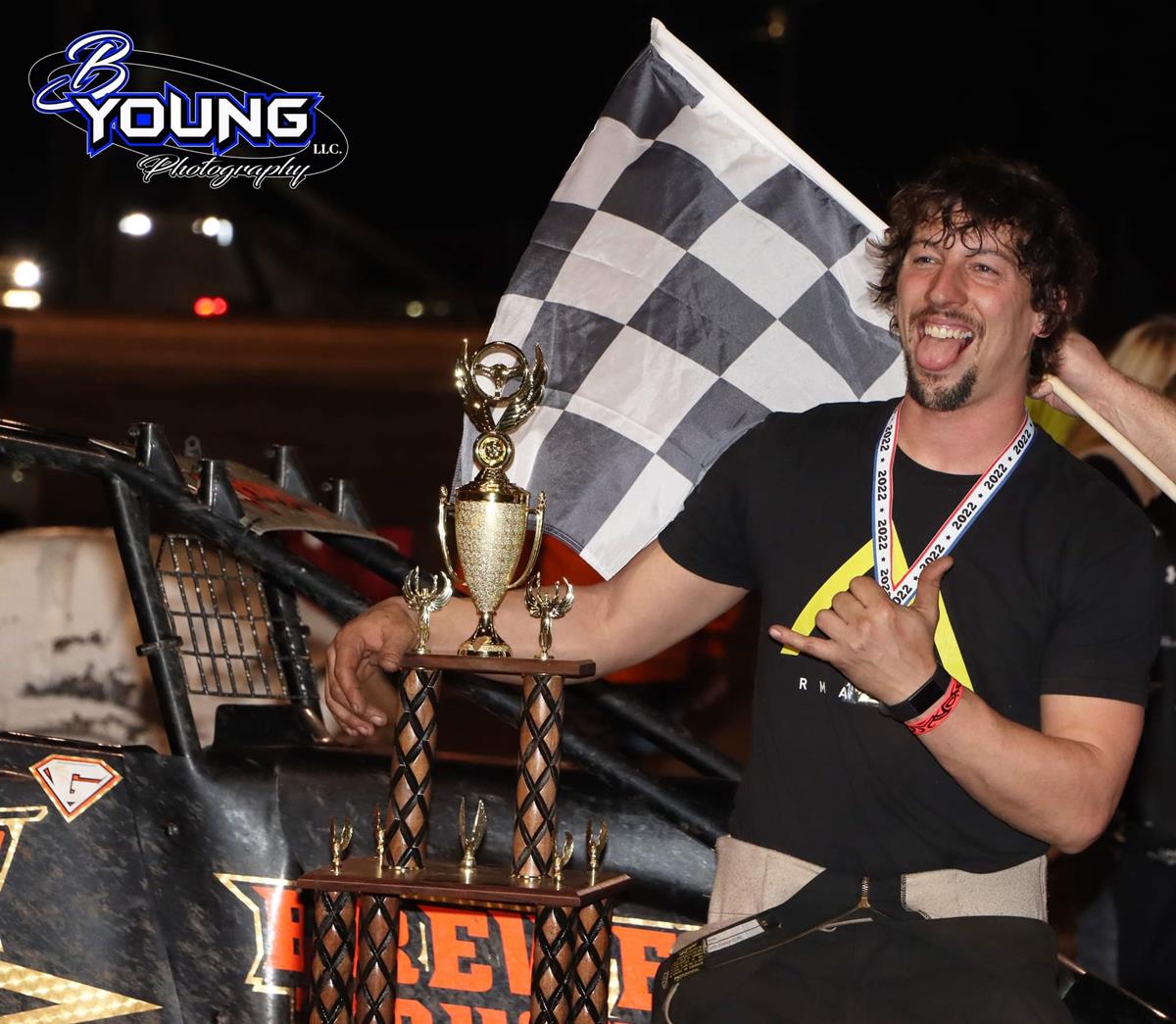 Lonnie Wheatley, LITTLE ROCK, Ark. (March 5, 2022) – I-30 Speedway’s Second Annual Wingless Short Track Nationals presented by KNP Painting lived up to all expectations and then some, with local ace Cody Gardner prevailing with a last-lap pass to take the $5,000 victory atop the high-banked, 1/4-mile clay oval in Saturday night’s 30-lap event finale.

After surrendering the point to Illinois shoe Shane Cockrum on the 22nd circuit, the duo exchanged sliders in the closing circuits with Benton’s Gardner earning a popular win among the hometown crowd in the ASCS Elite Non-Wing Sprint Car Series sanctioned event aboard the Tiny’s Trucking Service/Brewer Trucking/Fitz Service Corporation No. g6 360-ci powered Sprint Car.

“This is pretty awesome, we never do this wingless stuff,” Gardner explained afterward. “We were pretty decent last year, that’s the only reason we decided to give it another try. Maybe we need to do more of this kind of stuff.”

While Gardner gridded the feature field inside the third row, it was Cockrum leading the way to the green flag after accumulating the most points in Friday’s preliminary event and Saturday’s heat race action.

But after leading the way into the first corner, it was Friday night winner Justin Zimmerman battling into the lead from second to pace the opening pair of laps.

Fourth-starter Kory Schudy of Battlefield, MO, entered the mix from fourth, working the low side to battle into the lead on the third round and held off the duo of Zimmerman and Cockrum until Zimmerman looped it into the infield on the back stretch without stopping on the fifth round and fell back to 13th before charging back into action.

With Zimmerman out of the lead picture for the moment, Gardner was working the topside of the track and traded the runner-up slot a pair of times with Cockrum before securing the position prior to a caution after nine laps when Zach Pringle slid to a stop in turn one.

Gardner wasted no time rallying past Schudy on the 11th round and following one final caution for a disabled car in turn four, the battle was on for the final 19 circuits.

Cockrum kept the pressure on and finally slid into and past Gardner in turn two on the 22nd lap. Gardner worked to close the gap and when Cockrum bobbled exiting turn four with just two laps to go, the door was open.

Gardner slid past Cockrum in turns one and two on the white flag lap, only to have Cockrum counter the move. Gardner gave it one last charge in the same corner on the final lap and when Cockrum got loose trying to counter, it was enough for Gardner to slip away to a 0.612-second victory.

While Gardner and Cockrum slipped away from the field for their own personal battle, Zimmerman sliced through the pack to salvage a third-place finish after his early excursion through the infield.

Schudy settled for fourth at the stripe with Anthony Nicholson advancing a half-dozen positions to round out the top five.