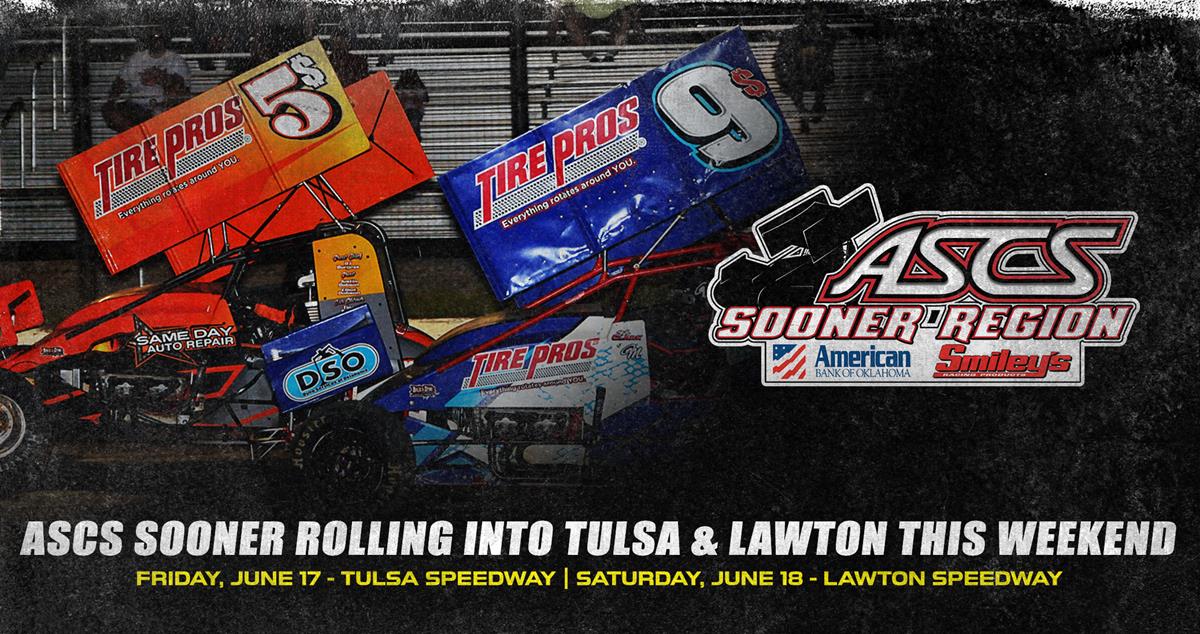 ASCS Sooner Rolling Into Tulsa And Lawton This Weekend

Bryan Hulbert – TULSA, Okla. (June 14, 2022) Readying for a weekend run through the 918 and 580 areas of Oklahoma, the American Bank of Oklahoma ASCS Sooner Region presented by Smiley’s Racing Products will take on Tulsa Speedway on Friday, June 17 and Lawton Speedway on Saturday, June 18.

A warmup for the Sooner Region before taking on the Lucas Oil American Sprint Car Series National Tour during Speedweek, the Friday showdown is the only regional appearance at the quarter-mile oval. Under new management for the 2022 season, the facility has undergone several changes, including reshaping the track, clearing trees in the Pits, and adding amenities to the mid-way behind the Grandstands.

A long-standing stop of the American Sprint Car Series, Saturday’s visit to Lawton Speedway is the only time the American Bank of Oklahoma ASCS Sooner Region presented by Smiley’s Racing Products will be at the red-clayed quarter-mile this season. Also undergoing improvements over the off-season, the track has added lights to the backstretch, vastly improving on-track visibility.

Racing on Saturday, June 18, goes green at 8:00 P.M. Fans can enter the track starting at 5:00 P.M. (CDT). Tickets are $20 for adults, $15 for Seniors, youth (12-15), and Military, $2 for kids 6-11, and free for kids five and under. In addition to the Sooner Region, divisions include USRA Limited Modifieds, Factory Stocks, and Mini Stocks. Lawton Speedway is located at 3501 SW Sheridan in Lawton, Okla. More information, directions, and updates on Lawton Speedway can be found online at http://www.lawtonspeedway.com or by calling (580) 355-6417.

Fans unable to attend can watch live with http://www.racindirt.com.